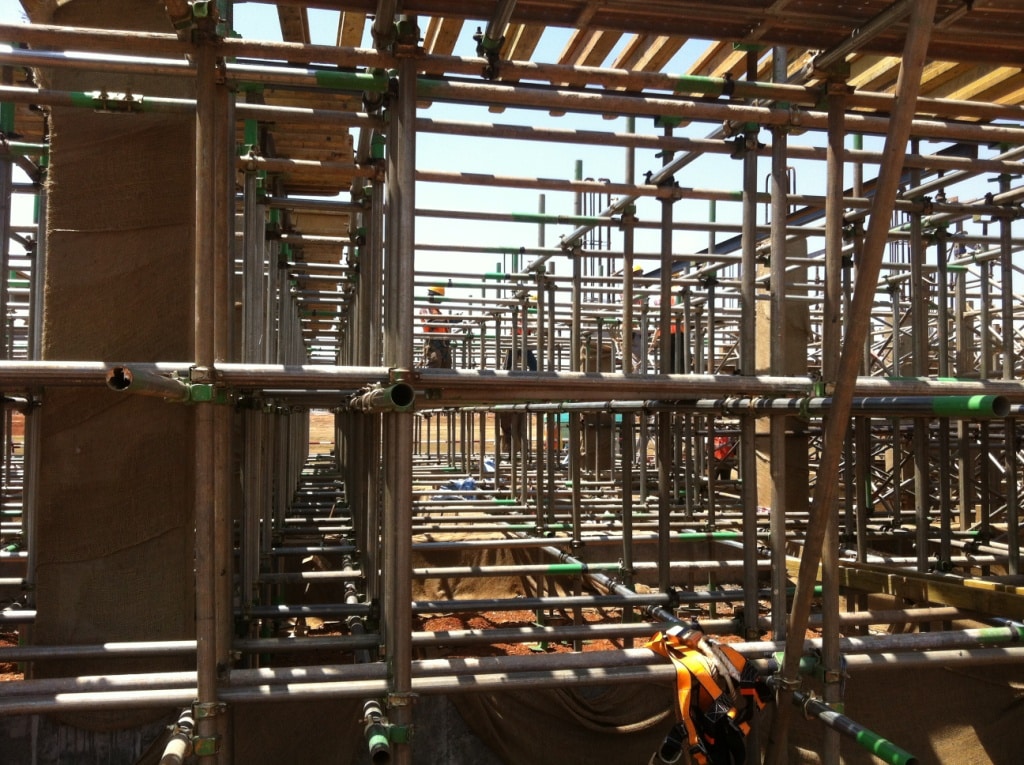 Although not as popular as it was, tubular scaffolding is in frequent use in refineries, petrochemical plant environments, and power plants. It is a highly flexible system that can adapt to almost any kind of complex structure. It does consume time and energy, but it offers just the kind of platform that a project demands.

Tubular steel scaffolding is a great choice for projects where heavy loads are involved. Because of the structure of this scaffold, it is able to support very heavy weights. It can be used for both internal and external tasks. The steel tubes are light weight which makes them easy to assemble and disassemble.

Steel tubes are available in different lengths and sizes to offer utmost adaptability.

These are also known as right-angle couplers, and are used to connect horizontal tubes to the vertical ones.

These are also known as swivel couplers, and are used to connect diagonal tubes to the scaffold.

This serves as the foundation on which a tubular scaffolding system is erected.

Steel scaffolding tubes are available in different sizes, and are offered for purchase as well as rent. Most shops, whether physical or online, require that their clients ask for a quote/estimate. In case of confusion, they also provide helpful information on how to choose the best suited steel tubes for a project.

Scaffoldpole.com was founded in 2018. The website should be used as a learning resource on Scaffolding Systems and techniques, along with information on the best tools, equipment and accessories.